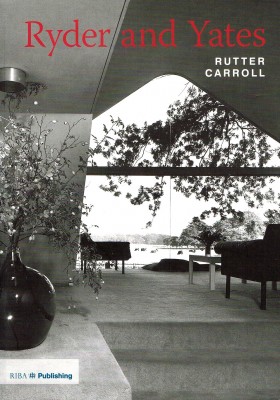 The first ever comprehensive account of the work of Ryder and Yates has been chronicled in this new book by Tyneside architect Rutter Carroll.

Formed by Gordon Ryder and Peter Yates and heavily influenced by Le Corbusier and Berthold Lubetkin, the practice dominated the development of modern architecture in the North East of England from the early 1950s, where their visually astounding modernism put them in stark contrast to their contemporaries.

The book describes how, from their formation as a practice in Newcastle in 1953, Ryder and Yates quickly established a reputation for innovative and highly individual buildings situated almost exclusively on Tyneside.  Discussing key works in the Ryder and Yates portfolio such as Norgas House, the Engineering Research Station in Killingworth, the MEA House and the Salvation Army hostel, it reveals the level of influence this practice had over the region.