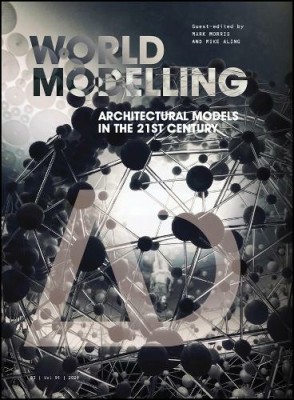 In light of current developments in modelling, and with the aim of reinvigorating debates around the potentiality of the architectural model - its philosophies, technologies and futures - this issue of AD examines how the model has developed to become an immersive worldbuilding machine. Worldbuilding is the creation of imaginary worlds through forms of cultural production. Although this discourse began with an analysis of imaginary places constructed in works of literature, it has evolved to encompass worlds from fields such as cinema, games, design, landscape, urbanism and architecture. Worldbuilding differs from the notion of worldmaking, which deals with how speculative thinking can influence the construction of the phenomenal world.